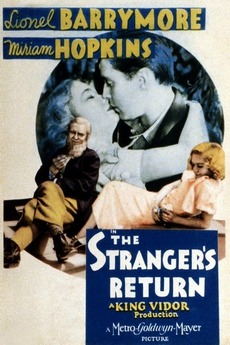 A story of real people

"Miriam Hopkins plays Louise Starr, who gets divorced from her husband and returns to the home she left on a farm where she reunites with her grandfather. He introduces her to Guy Crane with whom she falls in love; however, he is married."

My little journey through the history of cinema

The Essentials: A Messy and Illogical and Ever-Changing "'Canon'"