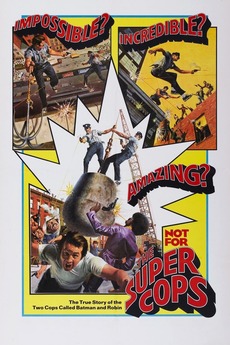 The true story of the two cops called Batman and Robin

The true story of two New York City cops. Greenberg & Hantz fought the system, became detectives and were known on the streets as "Batman & Robin".