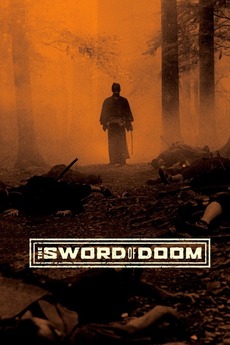 The Sword of Doom
JustWatch

The Sword of Doom

Ryunosuke, a gifted swordsman plying his trade during the turbulent final days of Shogunate rule, has no moral code and kills without remorse. It’s a way of life that leads to madness.