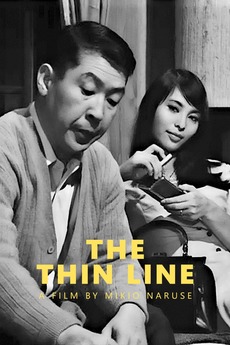 Tashiro coincidentally meets his best friend Sugimoto in a bar very close to the apartment in which Sugimoto’s wayward wife is found dead. Although Tashiro is not a suspect in the police investigation, he is racked with guilt and confesses to his wife, Masako. In an effort to further relieve his tortured sense of guilt, he then confesses to Sugimoto. Neither his wife nor his friend can believe that he could have been involved.

Over on my Patreon, I have started featuring a Director of the Month, and for February it's Naruse. (Weird, though:…