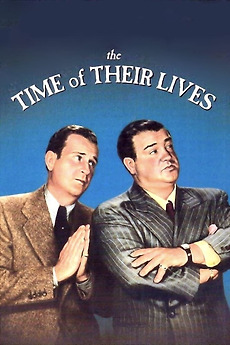 The Time of Their Lives

FOR PEOPLE WHO WANT TO DIE LAUGHING!

Two ghosts who were mistakenly branded as traitors during the Revolutionary War return to 20th century New England to retieve a letter from George Washington which would prove their innocence.

The Ghost Steps Out