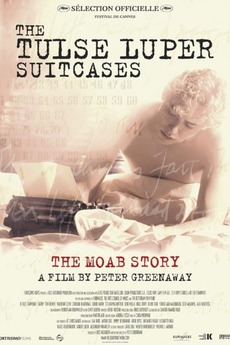 The Tulse Luper Suitcases reconstructs the life of Tulse Luper, a professional writer and project-maker, caught up in a life of prisons. He was born in 1911 in Newport, South Wales and presumably last heard of in 1989. His life is reconstructed from the evidence of 92 suitcases found around the world - 92 being the atomic number of the element Uranium. The project includes three feature films, a TV series, 92 DVDs, CD-ROMs, and books.

These are the greatest films* I have ever seen, and from which I am in the process of establishing a…