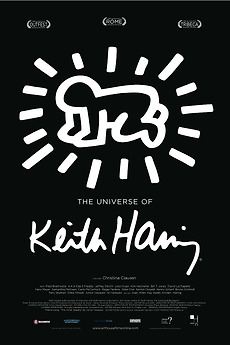 The Universe of Keith Haring
JustWatch

The Universe of Keith Haring

Art is for everyone

A portrait of New York artist Keith Haring. The film looks to Haring as an artistic role model for his preternatural talent, of course, but also for his infectious lust for life that had him as committed to social activism and teaching children as to his latest painting.

100 Films for Artists and Designers

Graphic design, graffiti, pottery, industrial design, typography, painting, branding, photography, a dash of architecture and a bit of dance for…

Documentary titles that profile painters, sculptors, conceptual artists, and other creative types in the art world. To keep this list…

Hip Hop Hooray: The Most Comprehensive Hip Hop and Rap List on Letterboxd

portrait of the artist as a muse