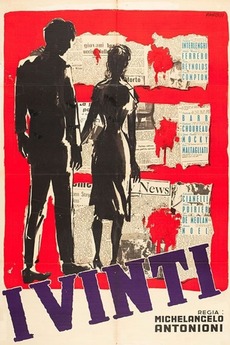 1953 ‘I Vinti’ Directed by Michelangelo Antonioni

all those films that lead to Tarantino classics. Watch a QT classic again and spot the references. But again TMDb…

"Italian Neorealism started with Ossessione and ended with Umberto D. The movement is characterized by stories set amongst the poor…