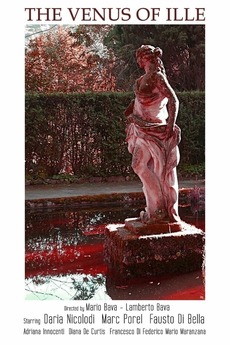 The Venus of Ille
JustWatch

The Venus of Ille

Set in the 1800s, LA VENERE D'ILLE opens with the discovery of a large bronze statue of Venus on the estate of wealthy landowner Mr. De Perolade. Taking its discovery as a sign of good fortune for the impending marriage of his son Alfonzo, De Perolade orders it to be uncovered and displayed in the garden for all to see. In the process of doing this, one of the workers is badly injured when the statue falls over and crushes his leg. From the start, many of the townspeople believe the statue to be cursed, but De Perolade is proud of his discovery and sends for Matthew, an authority on antiques. Matthew is also impressed with the statue, which seems to exert a strange fascination over him, but before he can search the area for other artifacts, De Perolade implores him to stay at the house as his guest until the wedding is out of the way. He agrees to this and spends much of his time in the garden trying to capture the statue's eerie beauty in a series of drawings.