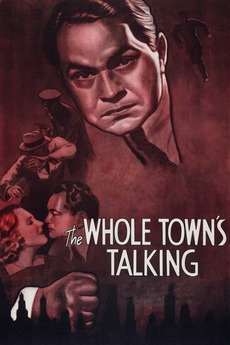 The most exciting picture in a decade..Inspired by the biggest front page sensation in recent years

Ordinary man-in-the-street Arthur Ferguson Jones leads a very straightforward life. He's never late for work and nothing interesting ever happens to him. One day everything changes: he oversleeps and is fired as an example, he's then mistaken for evil criminal killer Mannion and is arrested. The resemblance is so striking that the police give him a special pass to avoid a similar mistake. The real Mannion sees the opportunity to steal the pass and move around freely and chaos results.

the best films i saw for the first time in 2020, in chronological order

Mostly for my own reference, but may as well make it public. Projects I want to work on in 2021.…