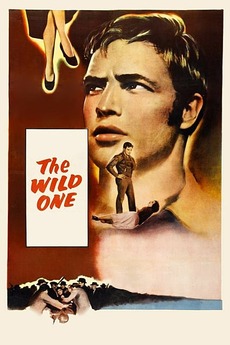 The Wild One
JustWatch

Hot feelings hit terrifying heights in a story that really boils over!

The Black Rebels Motorcycle Club ride into the small California town of Wrightsville, eager to raise hell. Brooding gang leader Johnny Strabler takes a liking to Kathie, the daughter of the local lawman, as another club rolls into town.

A Personal Journey with Martin Scorsese Through American Movies

"Film is a disease," said Frank Capra. "When it infects your bloodstream, it takes over as the number one hormone;…