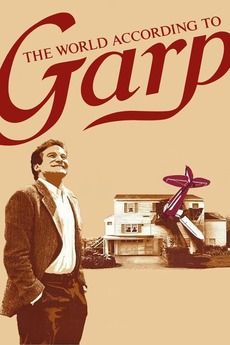 The World According to Garp

Robin Williams is Garp. He's got a funny way of looking at life.

Based on the John Irving novel, this film chronicles the life of T S Garp, and his mother, Jenny. Whilst Garp sees himself as a "serious" writer, Jenny writes a feminist manifesto at an opportune time, and finds herself as a magnet for all manner of distressed women.