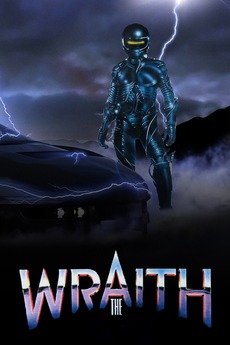 He's not from around here...

Packard Walsh and his motorized gang control and terrorize an Arizona desert town where they force drivers to drag-race so they can 'win' their vehicles. After Walsh beats the decent teenager Jamie Hankins to death after finding him with his girlfriend, a mysterious power creates Jake Kesey, an extremely cool motor-biker who has a car which is invincible. Jake befriends Jamie's girlfriend Keri Johnson, takes Jamie's sweet brother Bill under his wing and manages what Sheriff Loomis couldn't; eliminate Packard's criminal gang the hard way...