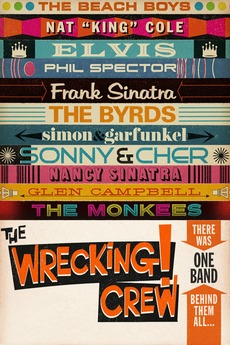 There was one band behind them all...

A celebration of the musical work of a group of session musicians known as "The Wrecking Crew", a band that provided back-up instrumentals to such legendary recording artists as Frank Sinatra, The Beach Boys and Bing Crosby.

Concerts, Documentaries, Video Comps, the works. Stuff I love and others I want to see. These just came to mind,…

This is a list that incorporates both classic genre musicals, concert films, music documentaries as well as films…