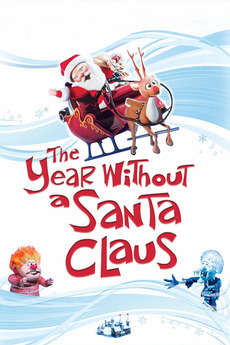 The Year Without a Santa Claus

Feeling forgotten by the children of the world, old St. Nick decides to skip his gift-giving journey and take a vacation. Mrs. Claus and two spunky little elves, Jingle and Jangle, set out to see to where all the season's cheer has disappeared. Aided by a magical snowfall, they reawaken the spirit of Christmas in children's hearts and put Santa back in action.

Rankin-Bass' The Year Without a Santa Claus