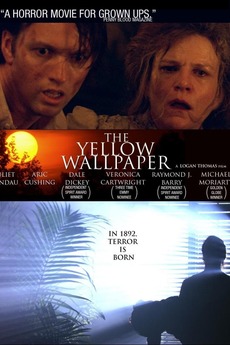 Are we already dead?

The Yellow Wallpaper (Motion Picture) is an "Origins Myth"... rather than a direct adaptation of the famous Charlotte Perkins Gilman story. Drawing from the original short story and a number of Gilmans' other gothic works (The Giant Wisteria, The Unwatched Door, etc.), The Yellow Wallpaper is an original narrative of events that unfold around the actual writing of "The Yellow Wallpaper" short story. After a devastating fire, Charlotte and John rent a countryside house and attempt to start life over, though Charlotte, upon seeing visions of her deceased daughter, retreats to the house's attic and pulls away from her husband and sister. Written by Max Visconti

"Gothic romance was a type of novel that flourished in the late 18th and early 19th century in England. Gothic…