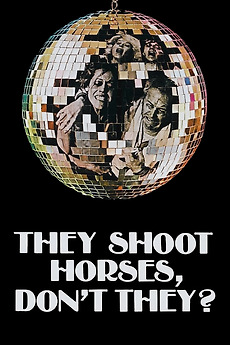 They Shoot Horses, Don't They?
JustWatch

People are the ultimate spectacle.

In the midst of the Great Depression, manipulative emcee Rocky enlists contestants for a dance marathon offering a $1,500 cash prize. Among them are a failed actress, a middle-aged sailor, a delusional blonde and a pregnant girl.