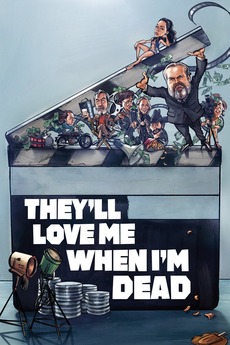 They'll Love Me When I'm Dead

The true story of the last film from Orson Welles

As his life comes to its end, famous Hollywood director Orson Welles puts it all on the line at the chance for renewed success with the film The Other Side of the Wind.