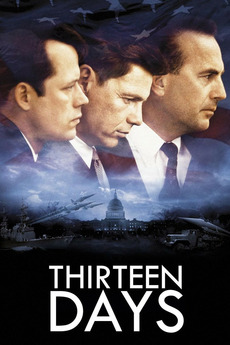 The story of the Cuban Missile Crisis in 1962—the nuclear standoff with the USSR sparked by the discovery by the Americans of missile bases established on the Soviet-allied island of Cuba.