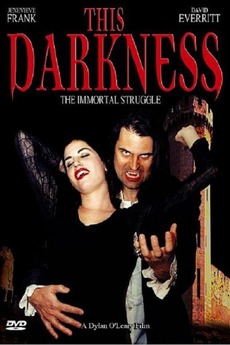 This Darkness: The Vampire Virus
JustWatch

This Darkness: The Vampire Virus

When world-famous genetic engineer Dr. Van Helsing discovers the secret to immortality, his world is ravaged by true-blood vampires. The Lord of the Undead makes a pact with the young doctor: "Make a bride for me, one as perfect as I, and I shall show you wonders this world has never seen." Shadows haunt the doctor, when a hot young student enters his lab and the line between ethics and curiosity are crossed. As bloodshed fills the halls, the battle between Good and Evil begins. Should he believe the promises of the vampire or is he creating another Anti-Christ?

The Darkness, This Darkness

Movies in which a vampire appears.