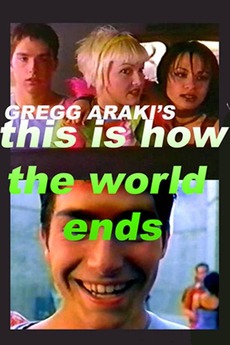 This Is How the World Ends

Not so much a film about the apocalypse as Araki's previous effort Nowhere was, This Is How The World Ends was a TV Pilot episode for a series that was to be presented on MTV.