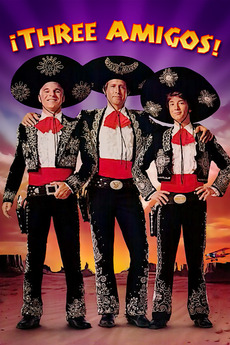 They're Down On Their Luck And Up To Their Necks In Senoritas, Margaritas, Banditos And Bullets!

Three unemployed actors accept an invitation to a Mexican village to replay their bandit fighter roles, unaware that it is the real thing.