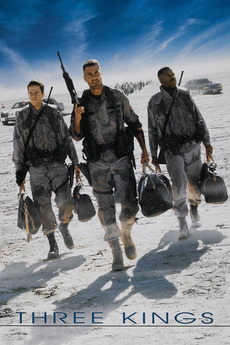 It's good to be King.

A group of American soldiers stationed in Iraq at the end of the Gulf War find a map they believe will take them to a huge cache of stolen Kuwaiti gold hidden near their base, and they embark on a secret mission that's destined to change everything.