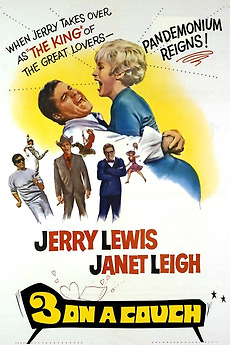 Three on a Couch
JustWatch

Three on a Couch

When Jerry takes over as 'The King' of the great lovers -- Pandemonium reigns!

An artist has an opportunity to go to Paris and wants to bring his fiancee along. However, she's a psychiatrist who currently has three female patients who don't like men. So, he guises himself as three different men to gauge their trust and hopefully cure them so that his fiancee can go with him.