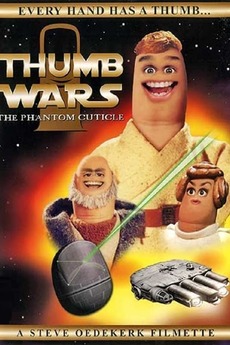 Every Hand Has A Thumb...

The hilarious story of a restless young farm-thumb, Loke Groundrunner, and his tasty companion, Princess Bunhead, who go on an quest to combat Black Helmet Man and the Evil Thumbpire.