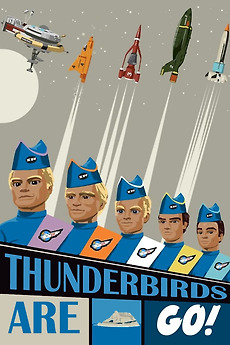 Excitement is GO! Adventure is GO! Danger is GO!

Zero-X, a manned exploration mission crashes during lift-off on its maiden flight. Two years later an investigative committee finally concludes sabotage, and decides to call on the services of International Rescue to oversee security at the impending second launch. The second Zero-X successfully reaches its destination, but encounters unexpected hazards, ultimately leading to another call for assistance on its return to Earth. International Rescue respond, and once again Thunderbirds are GO!

A listing of the Kino Lorber Studio Classics DVD/Bluray label, dedicated to classic studio "deep cuts". I've pieced together all…

A film education in double…

My physical library’s got a handful of burns & dupes, but is made up predominantly of the genuine, pre-recorded article: Blu-Ray,…