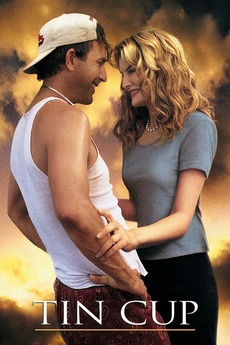 A washed up golf pro working at a driving range tries to qualify for the US Open in order to win the heart of his succesful rival's girlfriend.