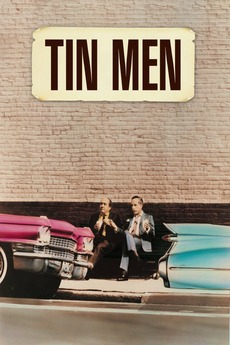 The Year - 1963. Selling the American Dream is a risky, funny business - you could wind up paying with your wife!

A minor car accident drives two rival aluminum-siding salesmen to the ridiculous extremes of man versus man in 1963 Baltimore.