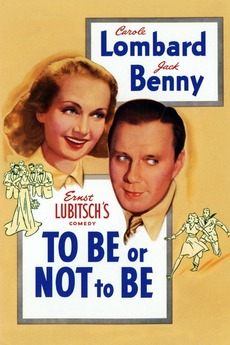 During the Nazi occupation of Poland, an acting troupe becomes embroiled in a Polish soldier's efforts to track down a German spy.