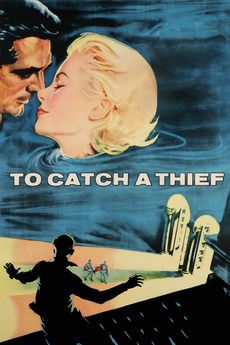 To Catch a Thief

WANTED by the police in all the luxury-spots of Europe!... A catch for any woman!

To prevent being accused of the crimes, an ex-burglar must catch a thief who’s been copying his style.