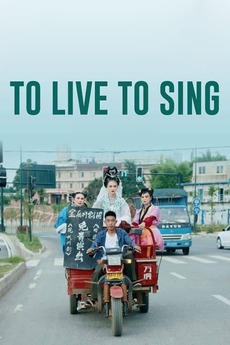 To Live to Sing
JustWatch

To Live to Sing

Zhao Li manages a Sichuan Opera troupe that lives and performs together in a rundown theatre in the outskirts of Chengdu. When she receives an order of demolition, she hides the news, fearing that this could spell their end. Secretly, she wouldn’t mind stopping since their life has become harder over the years. But what else can she do? She also worries that her niece Dan Dan, their star, will leave them for a better future in the city. To keep her troupe “family” together, Zhao Li begins a search for a new theatre for them to both sing and live in. As she struggles with bureaucracy, the characters from the opera world that she uses to escape her troubles begin to seep into her real life…

The 8th (China's 'Next Wave' Directors)

A core collection of films that strike me as important to the 'Next Wave' of Chinese cinema, or whatever you…

Asian dramas I have seen so far.