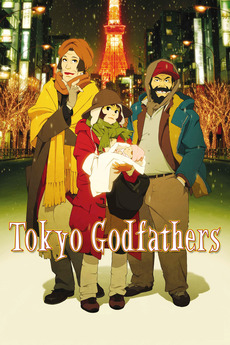 During a Christmas Eve in Tokyo, three homeless people, middle-aged alcoholic Gin, former drag queen Hana, and dependent runaway girl Miyuki, discover an abandoned newborn while looking through the garbage. With only a handful of clues to the baby's identity, the three misfits search the city to find its parents.