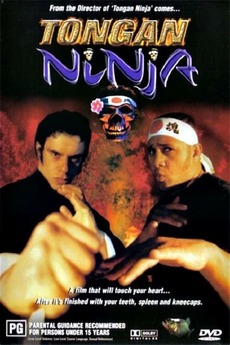 The Tongan Ninja is dispatched to the island nation of New Zealand in order to help a brother of his master with his floundering Chinese restaurant. But the mysterious Mister Big stands in the eatery's way as he sends numerous villains such as Knife Man, Gun Man, and the super-sexy Action Fighter who may know a lot about the hero.

The Ninja is a master of stealth, sabotage, infiltration, assassination and looking cool.

The usual drill - this felt like a pretty strong month, overall- there were a few stinkers, but a lot…

Ninjas get in everywhere. It's what they're good at. They are in films from all over the world, and they're…

Movies/things that I fuck with