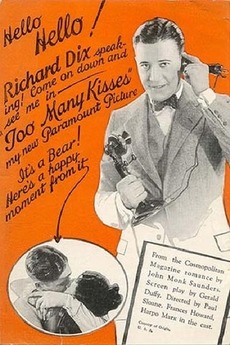 Too Many Kisses
JustWatch

Wanting his son to get away from his many girlfriends and buckle down to work, the New York industrialist father of a playboy sends him to an obscure village in Spain to find samples of a rare mineral. When the son gets to Spain, he runs afoul of the local police chief - who has a secret that he tries to keep the young man from discovering.

Movies I Own But Haven't Seen

Making a list mostly to keep track. Effectively copying everything over from the My Movies app.