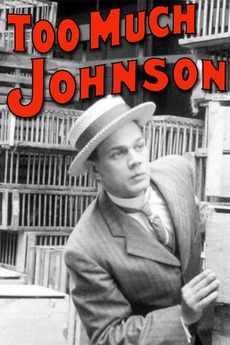 Too Much Johnson
JustWatch

This film was not intended to stand by itself, but was designed as the cinematic aspect of Welles' Mercury Theatre stage presentation of William Gillette's 1894 comedy about a New York playboy who flees from the violent husband of his mistress and borrows the identity of a plantation owner in Cuba who is expecting the arrival of a mail order bride. The film component of the performance was ultimately never screened due to the absence of projection facilities at the venue. Long-believed to be lost, a workprint was discovered in 2008 and the film had its premiere in 2013.

what the heck am these?

These movies are a blessing from the Lord. Use them wisely for days with tight schedules. Only requeriment to make…