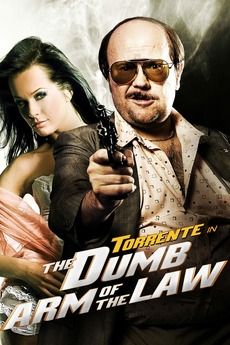 Torrente, the Dumb Arm of the Law
JustWatch

Torrente, the Dumb Arm of the Law

Torrente, The Stupid Arm of The Law by Santiago Segura stars Javier Cámara as a corrupt, poor, delusional, sexist, egocentric, drunk and right-winged Madrid cop named Torrente. This over the top comedy shows Torrente on his search for heroin drug dealers and the outrageous characters he passes on his way. A cult film and one of the funniest Spanish films was the most successful box-office film.