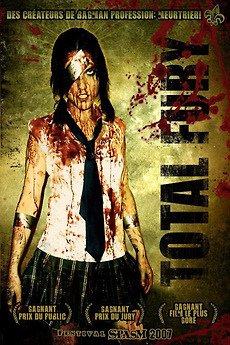 Where’s Arnold Schwarzenegger when you need him the most?

This over-the-top gorefest tells the story of a young girl who has to combat a large collection of bad guys to escape graphic torture. She takes inspiration from Arnold Schwarzenegger movies circa 1980 unleashing a parade of violence that turns the whole screen red.