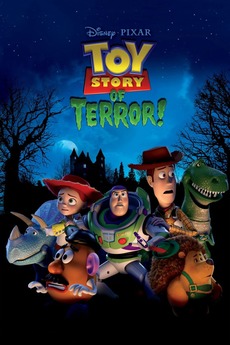 One toy gets left behind!

What starts out as a fun road trip for the Toy Story gang takes an unexpected turn for the worse when the trip detours to a roadside motel. After one of the toys goes missing, the others find themselves caught up in a mysterious sequence of events that must be solved before they all suffer the same fate in this Toy Story of Terror.

Hooptober Se7en: What You Can't See is Screaming

This is my list for Hooptober Se7en: We Have Such Masked Socially Distanced Indoor Sights to Show You. This is…

A list of films set, or that have a significant scene set, on or around Halloween.

The complete collective filmography of all 153 featured Saturday Night Live cast members of past and present. To be included,…