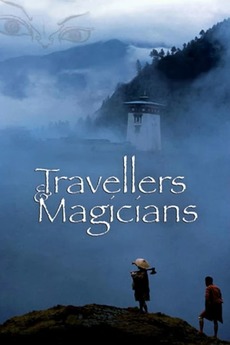 The bitter and the sweet of temporary things.

A young government official, named Dondup, who is smitten with America (he even has a denim gho) dreams of escaping there while stuck in a beautiful but isolated village. He hopes to connect in the U.S. with a visa out of the country. He misses the one bus out of town to Thimphu, however, and is forced to hitchhike and walk along the Lateral Road to the west, accompanied by an apple seller, a Buddhist monk with his ornate, dragon-headed dramyin, a drunk, a widowed rice paper maker, and his beautiful daughter, Sonam.