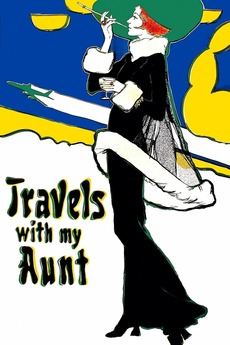 Travels with My Aunt

The story of a Fabulous Dame who brought Style, Class, Grace and Beauty to Smuggling, Hustling, Gambling and Swindling.

At his mother's funeral, stuffy bank clerk Henry Pulling meets his Aunt Augusta, an elderly eccentric with more-than-shady dealings who pulls him along on a whirlwind adventure as she attempts to rescue an old lover.