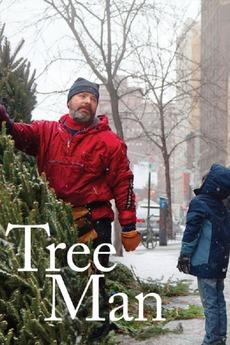 Francois the Tree Man is far from his wife and three small children in Quebec, selling Christmas trees and living in a van on the streets of New York City. He does it for them. But this is home, too. Like the hundreds of Christmas tree sellers who descend upon the city from Canada, New England and even Europe, Francois delivers the magic of the season over a grueling month in his adopted neighborhood. He's a star, a storyteller, a Santa Claus in a sap-stained coat, a confidant, a friend, and a father figure to the local characters who are his New York family. They also need him. TREE MAN is the story of Francois's journey, how he arrived here, what holds him, and the conflict that will cause him to leave. As one of Francois' long-time customers says: "This has nothing to do with the trees anymore."

A Guide to Alternative Christmas Movies

Because you can only watch It's a Wonderful Life and Miracle on 34th Street so many times.