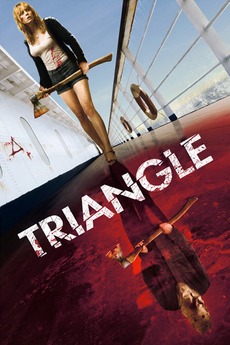 When Jess sets sail on a yacht with a group of friends, she cannot shake the feeling that there is something wrong. Her suspicions are realised when the yacht hits a storm and the group is forced to board a passing ocean liner to get to safety, a ship Jess is convinced she’s been on before.