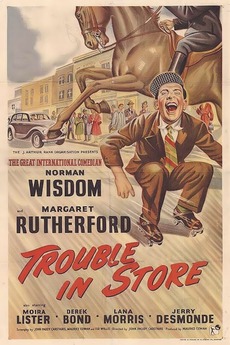 Norman is working in the stock room of a large London department store, but he has ambition (doesn't he always !!), he wants to be a window dresser making up the public displays. Whilst trying to fulfill his ambition, he falls in love (doesn't he always !!), with one of the shopgirls. Together they discover a plot to rob the store and, somehow, manage to foil the robbers.