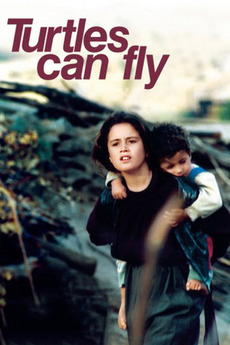 Turtles can fly tells the story of a group of young children near the Turkey-Iran border. They clean up mines and wait for the Saddam regime to fall.