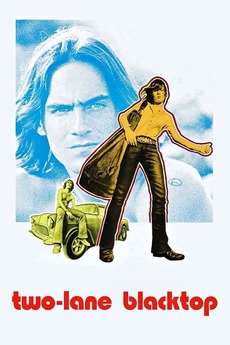 You can never go fast enough...

A driver and a mechanic travel around the United States hopping from drag strip to drag strip in a 1955 Chevy Bel-Air coupe. They race for money, betting with their competitors. The pair gains a young and talkative female stowaway. Along the way they unintentionally attract a well-to-do drifter driving a new Pontiac GTO. This older man, looking for attention, antagonizes their efforts.