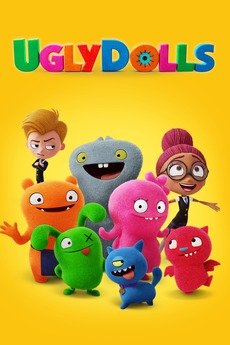 Things are about to get Ugly

In the adorably different town of Uglyville, weirdness is celebrated, strangeness is special and beauty is embraced as more than meets the eye. After traveling to the other side of a mountain, Moxy and her UglyDoll friends discover Perfection -- a town where more conventional dolls receive training before entering the real world to find the love of a child.