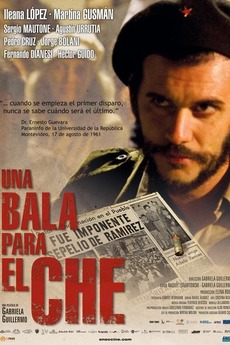 A Bullet for Che

Ethel is a 60-year-old psychoanalyst who chose to access documents declassified by the Uruguayan goverment to know the identity of the perpetrators of the death of her husband. His death occured on August 17th 1961 at a University ceremony where Che Guevara delivered one of his first speeches after the revolutionary triumph of the Cuban revolution. The bullet that killed a history teacher was considered a failed attack against Che Guevara planned by the CIA.