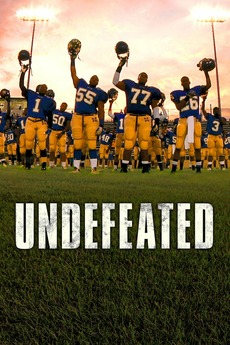 Character will be revealed.

Set against the backdrop of a high school football season, Dan Lindsay and T.J. Martin’s documentary UNDEFEATED is an intimate chronicle of three underprivileged student-athletes from inner-city Memphis and the volunteer coach trying to help them beat the odds on and off the field. For players and coaches alike, the season will be not only about winning games — it will be about how they grapple with the unforeseeable events that are part of football and part of life.