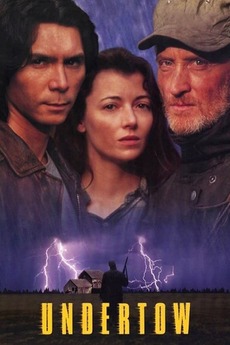 Just below the surface lies a deadly trap.

After his car breaks down, Jack seeks shelter, lost in a thunderstorm in a remote shack in the woods. He finds himself held at gunpoint by a deranged mountain man who lives there with his young wife. As the storm rages on, tension mounts in the small cabin. Matters reach a climax when Jack falls for the beautiful woman and tries persuading her to escape with him. Soon, the situation escalates into deadly violence...

A Storm Of Suspense: A list of bad-weather action/thrillers

I will Kill You Wolf 1971  Dir: Wolfgang Peterson

The plants are watching aka The Kirlian Witness 1979 Dir: Jonathan…