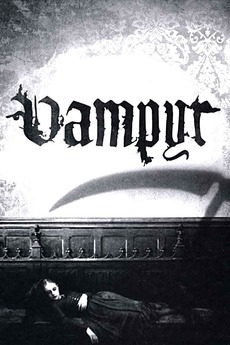 Traveler Allan Gray arrives in the village of Courtempierre and takes lodgings in a small inn. Gray has a great interest in the supernatural, particularly vampires. He's barely settled in when he feels a sinister force descending upon him. In the night an old man enters his room to tell him 'she must not die'. One of the old man's daughters, Leone, has been bitten by a vampire. In order to break the curse, Gray and Leone's sister Gisele must find the original vampire and drive a stake through her heart.

Vampyr, la bruja vampiro, 뱀파이어, Castle of Doom, Not Against the Flesh, The Vampire

you can sort by highest rating www.youtube.com/playlist?list=PLXuW6qUc8E5IhCZJGg2Xh_2P8oll-RHBL If you guys find any classics on YouTube please leave a comment